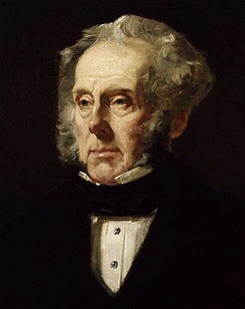 Henry John Temple, Viscount Palmerston, is widely believed to be the originator of the formulation that “nations have no permanent friends, only permanent interests”. The same formulation was used yesterday by the Irish Labour Party minister for social protection, writing in a newspaper owned by one of the richest men in Ireland.

In a piece intended to reconcile, on the one hand, the imposition of constitutional prohibitions on any economic policy that fell short of the wildest dreams of the US Republican Party and the European banking lobby, and on the other, the interests of the people of Ireland, Joan Burton wrote:

Countries don’t have friends, they have interests. That is particularly true of a small country that has successfully chosen to base its development and prosperity on being a trading nation. It is in our interest to be inside every European Council, committed to national budget discipline as one significant — but far from exclusive — part of a strategy to promote growth and job security in every corner of Europe.

In his Story of the Life of Lord Palmerston, Karl Marx wrote of how the

great philanthropist, who afterwards cleared his Irish estates of their Irish natives, could not allow Irish misery to darken, even for a moment, with its inauspicious clouds, the bright sky of the landlords and moneylords

and a man who knew

how to conciliate a democratic phraseology with oligarchic views

how to appear as the aggressor where he connives, and as the defender where he betrays—how to manage an apparent enemy, and how to exasperate a pretended ally—how to find himself, at the opportune moment of the dispute, on the side of the stronger against the weak, and how to utter brave words in the act of running away

if the oppressors were always sure of his active support, the oppressed never wanted a great ostentation of rhetorical generosity

if his art of diplomacy does not shine in the actual results of his foreign negotiations, it shines the more brilliantly in the construction he has induced the English people to put upon them, by accepting phrases for facts, phantasies for realities, and high-sounding pretexts for shabby motives.

Marx quotes one of Palmerston’s interventions in the House of Commons, in which he opposed the idea that Catholics in Ireland had the right to religious liberty:

“Because the legislature of a country has the right to impose such political disabilities upon any class of the community, as it may deem necessary for the safety and the welfare of the whole…This belongs to the fundamental principles on which civilised government is founded.”—(House of Commons, March 1, 1813.)

There you have the most cynical confession ever made, that the mass of the people have no rights at all, but that they may be allowed that amount of immunities the legislature—or, in other words, the ruling class—may deem fit to grant them

Thankfully, we now live in a democracy where the likes of Palmerston are nowhere to be seen, and far from the world of gunboat diplomacy, in which powerful states imposed the will of their ruling classes on the populations of other countries through the threat of war, we now have bondholder diplomacy, which is altogether more civilised, a pursuit conducted between friends, based on national governments agreeing a course of action in order to appease and sooth the preoccupations of financial institutions that make a profit speculating against sovereign debt.

Thus Joan Burton can call forth the spirit of Palmerston without any fear that comparison might be drawn between his constitutionalism in the service of the ‘landlords and the moneylords’ and that the constitutionalism of the European Union, or between her rhetorical contortions in favour of the Fiscal Treaty and those of an 19th century imperialist thug who inflicted immense misery on the population of Ireland.