Men from Nazareth, Officials from Hell 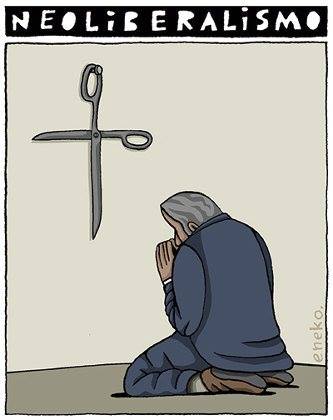 The other day, the head of the Housing Agency Conor Skehan made widely reported remarks that homelessness ought to be considered as a normal thing and that it was wrong to consider the current situation in Ireland as a crisis.

The idea of a ‘normal’ rate of homelessness is not all that different from the idea of a ‘natural’ rate of unemployment, a conventional enough concept in economics. Both will occur in the best of all possible worlds. The ‘natural’ rate of unemployment hold that even when there are more than enough jobs to go round, there will still, at any given moment, be people who are unemployed, because people will still lose jobs due to the dynamism of the economy, and it will take time for them to find other jobs. Similarly, with a ‘normal’ rate of homelessness, there will always, as Conor Skehan himself said, be people who find themselves on the streets as a result of events in their lives.

One major problem with both ideas is that there can never be a best of all worlds under a capitalist system. Ultimately, the only possible world worth having, as far as capitalism is concerned, is one in which profit rates are on the up. Since profits are little more than the appropriation of a surplus produced by labour power, a world of rising profits entails a world in which labour power -the ‘hand and brain’ exertions of human beings- is increasingly subjected to the rule of capital.

The Housing Agency headed by Conor Skehan claims it is concerned with ‘sustainable communities’ and ‘affordability’ in housing. Yet the rule of capital requires the elimination of collective solidarities that make communities truly sustainable. Moreover, the concept of ‘affordability’ in housing, by definition, treats housing as a commodity, rather than a right. ‘Affordability’ here is little more than the counterpart to profitability in the production and provision of housing.

This evening on RTÉ’s Drivetime, in an interview with Solidarity TD Ruth Coppinger, the presenter described current levels of homelessness as arising from the failure of the state to build sufficient levels of public housing to cater for people’s needs. This description was true, as far as it went. What it omitted, and what is omitted by and large from media coverage of this issue, is any questioning as to why the amount of public housing built has been so paltry for so long.

From the dominant point of view, it is inconceivable that the best of all worlds could be one in which a home is not a commodity, but a right. It is also inconceivable from the point of view of many in the general public too. If a salaried worker is accustomed to looking upon their home as an asset that ought to appreciate in value -a habit that is strengthened by a sense of poor prospects for one’s wages and pension- they are less likely to take a positive view of the idea that a decent home should be a matter of right.
At best, they are likely to look upon public housing schemes as a form of charity. This predicament can breed a stew of reactionary resentment: why should they get anything laid on for nothing when I have had to toil for all that I have? A ‘sustainable community’, from this point of view, is one in which the price of one’s house continues to rise and the riff-raff are given the bare minimum to be kept out of sight and out of mind.

In the Drivetime interview, Ruth Coppinger rightly questioned the wider implications of the remarks of another public official, Eileen Gleason, director of the Dublin Region Homeless Executive, who said that homelessness arose, in many instances, from a longstanding pattern of ‘bad behaviour’, from people who were ‘not like you and me’. If this is what such people said in public, Coppinger asked, what do they say behind closed doors? In other words, how much is the real view of public officials, who are charged with dealing with housing and homelessness, a view founded upon on reactionary resentment?

The idea that everyone has the right to a decent home is fundamentally at odds with the idea that housing ought to be a commodity. Yet the latter idea is the outlook of Fine Gael and the broader political establishment, along with the media establishment. But it is also an outlook shared widely among the better-off sections of Irish society. This tension is addressed through a resort to charity. It is charities who should deal with the matter of homelessness, since those who are homeless, if housing is to be considered a commodity, are best thought of as unfortunate supplicants at best, and feckless miscreants at worst. The prominence given to charity -institutionally and rhetorically- also has the nice effect of dignifying the people shown to be providing it.

To give his view of homelessness as normality some moral ballast, Conor Skehan quoted “the man from Nazareth”. Assuming this was Jesus of Nazareth and not Hayek or Friedman of Nazareth, Jesus, according to Skehan, said “the poor will always be with us”. This is not what Jesus of Nazareth said, at least not according to biblical sources. He said that ‘you will always have the poor with you’. The remark had a specific context. They were made in the house of a leper, not a radio studio. A woman broke open an expensive flask of ointment and poured it over Jesus’s head, and his disciples had given out to her, since they calculated that such ointment could have been sold and the proceeds given to help the poor.

When Jesus says to his disciples that ‘you always have the poor with you’ it is not an observation on some eternal feature of the economy. It is a reference to the way in which his disciples are already supposed to be living in solidarity among the poor, and, foreseeing his death at the hands of the authorities for standing with the poor, Jesus welcomes the woman’s gesture, since he will not always be around. Considered in their entirety, the remarks of ‘the man from Nazareth’ are not a doleful recognition that all societies will have some degree of poverty or exclusion, but rather the expression of an idea that Skehan and the rest, institutionally and ideologically, reject altogether, and that is far closer in meaning to a popular expression from more recent times: that nothing is too good for the working class.