Ivy Feckett is Looking for Love by Jay Spencer Green: A Review 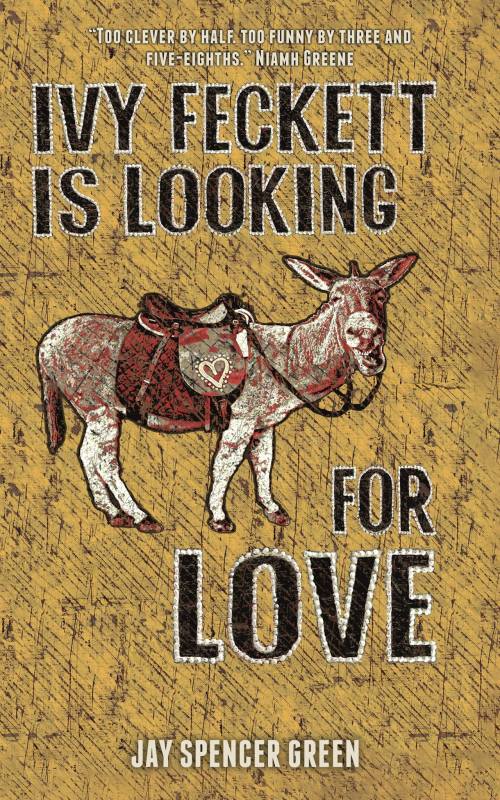 Jay Spencer Green‘s first novel, Breakfast at Cannibal Joe’s, begins with Walter Benjamin’s famous observation that there is no document of civilization which is not at the same time a document of barbarism. In his second novel, Ivy Feckett is Looking For Love, we learn that the eponymous central character is a researcher who spends her days documenting all kinds of barbarism, from the pornographic to the genocidal. But to what end, and for whom?

The unrelenting dark seamy humour with a taste for the bizarre and surreal and tightly woven plotlines that characterised Breakfast at Cannibal Joe’s abound in this offering. But the setting has shifted, from a Dublin in advanced neoliberal decay and debauchery, to the striving petit-bourgeois suburbs of Birmingham, and instead of the rakish and worldly CIA agent of the first book, Ivy Feckett is bookish and reserved unsure if she might ever fit in and find love, as the title says.

The subtitle of the book is ‘A Birmingham Romance’. Though the city has been doubtless the scene for many a romance among those who have lived there, it hardly enjoys the renown of Venice or Manhattan on that score. To my sensibilities anyway, a Birmingham romance sounds as incongruous as the homemade rhubarb or cauliflower wines served up by one of the main characters. Indeed, I imagine the kind of people who imagine Breakfast at Cannibal Joe’s as the sort of thing they could get their teeth into might be a little cooler on this book, if they were to go by the title alone.

That would be a great pity, since I think this book in many ways outstrips Breakfast at Cannibal Joe’s in depth and ingenuity. It comes in the wrapping of a romantic comedy-mystery, and with its narrative twists and engaging characters it works splendidly on that level alone. But it also reaches for weightier social, political and philosophical questions too: what if the objects of our desire in human form are the very things that turn us into a means to their end? What happens when we devote all our energies to producing the very things that might destroy us? Where do love and kinship lie amid social structures that prize the likes of family values, religious devotion and entrepreneurial endeavour but are really a breeding ground for sociopaths and con artists? And can riding in a donkey derby really give you an orgasm?

The answers, such as they are, emerge in an ingeniously tale suffused with warmth and affection, for its characters (well, most of them), the places they inhabit, and the social world that brought them into being. But Jay Spencer Green is too astute a writer, a narrator with too keen a nose for the scent of abounding darkness, to allow what is ultimately a story about love, friendship and solidarity in the face of pervasive villainy to be padded out by gratuitous sentimentality. At the very least, Ivy Feckett ought to cement Green’s status as a cult novelist, and not just because this is also a novel about a religious cult. The book is accessible enough, and so abundant in fiendish humour and grounded optimism, that it could well be the founding document of a worldwide religion.

One response to “Ivy Feckett is Looking for Love by Jay Spencer Green: A Review”