Things The Children Should Know 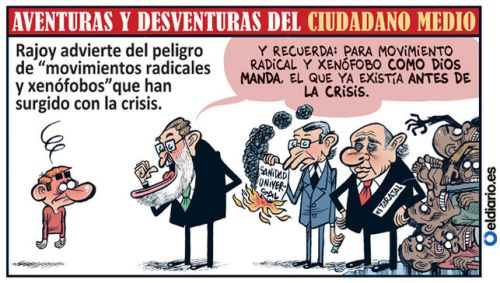 The cartoon above is by Bernardo Vergara, regular cartoonist for eldiario.es, originally published on the 5th March.

Titled ‘Adventures and Misadventures of the Average Citizen’, it refers to the Spanish Prime Minister, Mariano Rajoy, issuing a warning about the danger of ‘radical and xenophobic’ movements that have emerged during the crisis.

Rajoy is pictured declaring to the ‘average citizen’: “And remember: if you want a radical and xenophobic movement as God intended, pick the one that already existed before the crisis”.

Depicted to the right of Rajoy are two ministers. The first is Alfonso Alonso, the Health Minister. He is holding a burning paper that reads ‘universal health care’. It is a reference to the withdrawal of access to health care for many migrants as a consequence of cutbacks.

Further right is Jorge Fernández Díaz. He is Spain’s Interior Minister. On his jacket reads the label ‘El Tarajal’. This is a reference to Spain’s border with Morocco in Ceuta, North Africa. On the 6th of February last year, 15 African migrants died as they tried to swim into Ceuta. As they attempted to make their way, members of Spain’s Civil Guard fired on them with rubber bullets and smoke bombs.

Further right are the dead for whom Fernández Díaz bears responsibility. Eldiario.es revealed on the 18th of March that Fernández Díaz held a meeting this Monday past, planned and in secret, with the members of the Civil Guard under investigation. 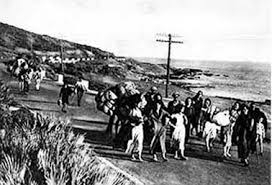 It’s hard to know where exactly to start when explaining these things to a 7-year-old. So I didn’t start. Had I started, I’d end up having to tell him about how the reason he goes to Murcia on his holidays to visit his granny is because his great-grandmother had to flee the city along the Málaga-Almería highway with tens of thousands of women and children, and how many of these along this route were slaughtered by pro-Franco forces.

And then where would I stop? I could hardly leave out the fact that in the country where he is growing up, the party currently ruling the country, Fine Gael, fervently supported the same forces that were massacring the women and children fleeing the town of his great-grandparents. I would probably have to go on and explain the role of the Italian Blackshirts in Málaga, and how fascism was much admired by many people in Ireland, including the paper of respectability, the Irish Times. 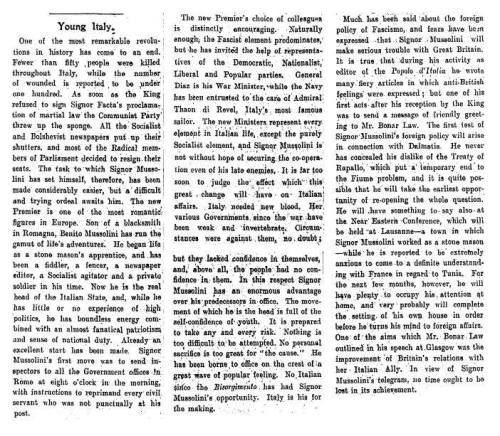 I would then have explain to him about how the people who killed his great-grandfather won the war, and imposed a dictatorship. I would then explain to him how neither they nor their political heirs were ever held to account for any of their crimes. Perhaps I would show him an image of a €200 coin, produced in 2015, celebrating ’70 years of peace’, 36 of which were under Franco’s dictatorship.

Then I’d have to explain how Enda Kenny -one of the few politicians whose name he knows- is, like so many other people who run the country he is growing up in- an ally to the people who come from the same political tradition that killed his great-grandfather, the same tradition that sent his great-grandmother fleeing for her life, an experience that eventually plunged her into grave mental illness. 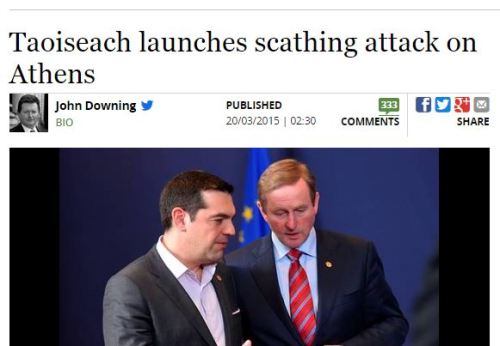 Or what: am I supposed to lie to him and tell him that Enda Kenny is not part of a radical xenophobic movement, but instead a nice man who wants the best for everyone?

Well, someday soon, I’m going to have to explain these things to him. I can’t say I’m looking forward to it.

2 responses to “Things The Children Should Know”