Being Born In A Stable Doesn’t Make You A Horse: Stability and the Irish State 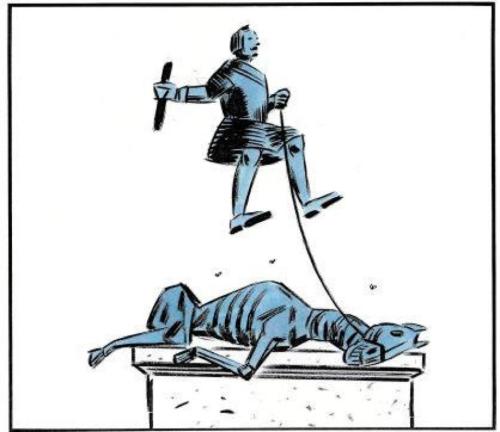 I left this comment on Fintan O’Toole’s article in today’s Irish Times, which is titled Losing its grip: why the Irish political system can no longer guarantee stability. I’ve amended the comment slightly by removing my use of the adjective ‘instable’, which apparently doesn’t exist. Yet.

Horses are kept in stables, but that is not their natural habitat. That is, they are housed under control, for the purposes of those who use them. There is no reason to assume that this is what a horse wants. It may be trained to want such a thing, to rely on it, but that doesn’t mean it is as good as it gets for a horse, however much a horse owner might argue otherwise.

Perhaps this can tell us something about human beings. True, the fact that the State provides essential services, the fact that it guarantees certain entitlements, means that in many cases, a human being will be trained to look upon it as a useful and desirable thing, especially when the visible alternatives are much worse.

But is the State –the Irish State such as it is- as good as it gets for the broad mass of people in Ireland? Only if you believe that capitalism and class exploitation are as good as it gets. Well, as even Jack O’Connor knows, capitalism and democracy are now parting company. Thus a democratic consensus under capitalism becomes an increasingly remote aspiration. Fintan O’Toole describes this situation as ‘dangerous’: if this is true, who are the people posing the danger?

Either we have a society based on democratic rights, or we do not. It will not do to pretend that those demanding forms of democratic recognition are equally dangerous to those primarily served by the State since its inception: ranchers, bankers and political elites. If a new social consensus needs forging, it should be based on the principle that there are winners and losers in the current scenario, and that those roles need to be reversed. If that means certain people become exposed as enemies of democracy, too bad.