Ireland and #indyref: Parallels and contrasts

Today the Irish media is alive with the news that Phil Hogan, the deeply unpopular former Minister for the Environment, is going to be the new EU Commissioner with responsibility for Agriculture. Just in case you’d forgotten, Phil Hogan is the person who used his public office to make representations to a local council to make sure a Traveller family was not allowed to live in a particular area. He is also the person who received a preferential loan, personally approved by Irish Nationwide boss Michael Fingleton, to buy a house in Dublin 4 and a penthouse in Portugal. As EU Commissioner he will be paid €250,000 a year. The Irish Times has a profile of Hogan today that mentions none of this, but cites his ‘real passion for the electoral process’, his ‘huge enthusiasm’ for social media and new technology, and his ‘skills as a strategist and his electoral nous’. 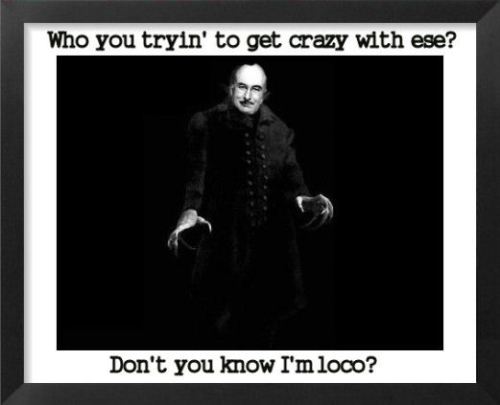 So what, says you. Well, for a start we might ask why the appointment of an EU Commissioner is given so much importance anyway. The Irish Commissioner is not accountable to the Irish electorate. In fact, no Commissioner is subject to any kind of democratic accountability: that is the whole point of the Commission. The importance attached to Hogan’s appointment is not out of shock at the contempt for standards in public office displayed by the European Commission. It rests on the idea that the Commissioner in question is somehow ‘ours’, that he will go out there and do the usual job of helping Ireland to punch above his weight on our behalf. Again, the consideration that Hogan steamrollered through deeply unpopular policies and helped eliminate any vestige of effective local democracy in Ireland does not come into play here. This story is not to be filed under scandal but as a good news story, one more example of how this small nation is a canny little powerhouse, capable of bending the rest of the EU to its will.

This is a fantasy that was kept alive during the Lisbon Treaty referendum. If you recall the referendum debate, concerns over the concentration of decisive political power in the hands of unelected elites were far outweighed by the apparently dangerous state of affairs whereby Ireland stood to lose its EU Commissioner. And then, when the wrong answer was given at the ballot box, one of the main assurances in the Yes campaign the next time round was that Ireland would get to keep its Commissioner, despite the fact that this post is as useful to the broad mass of people in Ireland as tits on a bull. This is how managed democracy works in Ireland.

Today in Scotland the three leaders of the main UK political parties have theatrically cancelled Prime Minister’s Questions at Westminster to head north in order to convince Scottish voters to reject independence. The hope is that by sending these VIPs up to press the flesh and pretend to know something about Scotland, a good enough show will be made of just how important people in Scotland are to the UK political establishment, despite the decades of evidence to the contrary. This comes on the back of a raft of policy proposals for devolution that have been scrambled together without any kind of public consultation.

Will it impress enough people to secure a No? I don’t know. But what we can see are two different dynamics in operation. On the one hand, deliberative discussions with a common commitment to create a better future, arising in large part from a desire for a more equal society. On the other, sunshine and rain from above, and today, because it suits, the forecast is sunshine, but tomorrow, there will be no alternative to rain. The intense debates that are engulfing Scotland at the minute are an intimation of how real democracy ought to work. It means self-government. It does not mean the formulation of proposals by a narrow political and economic elite that leave your real concerns out of the picture, and then a campaign of threats and auguries of catastrophe should you fail to vote the right way. That was what happened with the Lisbon and Fiscal Treaty referenda in Ireland, but it is characteristic of Ireland’s political culture, north and south.

The great virtue of the pro-Independence campaign in Scotland has been to create a sense of possibility that people should decide their common political objectives in a free and open process, and then work out a way of meeting those objectives, mindful of the obstacles. Under managed democracy, in Ireland, but also in the prevailing political culture in the UK, every obstacle is always already too great, and every common objective is always too emotional, too populist, too wrong-headed, to contemplate. That is why in Ireland a figure like Phil Hogan is lionised as some sort of canny political bruiser: because he embodies the view from the top of society that the whole point of politics for everyday people is to gaze up at others ramming through unpopular decisions on your behalf and to either admire their guile or bury your head in resignation whilst they connive to strip you of what your resources for a decent life in common. The Scottish independence referendum, by contrast, has cast a light on what is really possible. It is the vocation of Phil Hogan, and the rest of Ireland’s political establishment, and the media apparatus that keeps them aloft, to put these lights out.