This is an interview, conducted by Emilio Delgado, with sociologist Jorge Moruno, who is one of the initiators of Podemos, in the Voces de Pradillo newspaper,  You can read the translated manifesto here, some notes of mine on the initiative here.

I have translated some of Jorge’s work, on the phenomenon of the escrache here, climates of mobilisation here, 2012’s European General Strike here, the possibility of a new Europe here, miner marches here, 15M here, among other things. 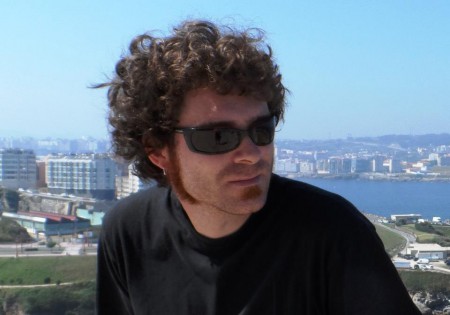 What does the PODEMOS initiative seek to achieve?

The Podemos initiative is being launched with the intention of offering a tool to citizens in order to relocate democracy to where it has to be: in the people. Podemos is not a party, nor is it a coalition of parties, and although it may end up standing in elections, its raison d’etre is to serve as a catalyst, as a move that opens the possibility for a different scenario where popular outrage takes political shape. Podemos aims to be a useful participative method to generate democracy and power for those who do not have it so that among all of us we can change the script that we are so used to reading. Departing from the realisation that we are witnessing a regime crisis, we understand that the common agreements that gave rise to the pact of ‘78 have been breaking apart, both at the top and at the bottom. At the top the elites are already rolling out a new scenario that aims at demolishing any possibility of bringing the majority along, as well as attacking the areas of strength that might make things difficult for them. The scenario they are leading us into is one of a new serfdom within a social desert, one that can be established politically, once the series of “structural reforms” have been adopted and normalised.

From below, the never resolved territorial fractures on the one hand and, on the other, the mobilisations of the 15-M with its replicas that followed in the form of struggles against evictions and mareas, have opened up a cycle of mobilisations that calls into question this very regime of 78 as being no longer capable of ensuring any form of decent life for the majority of the population. These breaches opened up by popular mobilisation with its new repertoires of collective action and the kind of demands, have shown us that not only must the style of communicating politics change, but also the way of thinking it and practising it. It has been the mobilisations that have changed the political agenda and leapt to moral dominance, helping to repoliticise a common sense hitherto the heritage of the elites. On the other hand, whilst social mobilisation is fundamental, the time available to stop the oligarchic counter-revolution is scarce and it is urgent to alter the political terrain so that it cannot be consummated. Podemos has no desire to represent a series of social struggles that are always impossible to represent but seeks to facilitate the translation of outrage into political power.

What is the difference between this attempt at popular unity with other previous attempts at left unity.

It may be the starting point for analysing the situation. Unity of the left, of what already exists with what is emerging, is not a synonym for popular unity. We are at a historic moment where left unity is not the real ideological and political challenge. It is the dominant common sense, ideology, which is what has to be struggled for, when arguments that describe the common things suffered by the population get classified as radical. Today, to be a democrat makes you into a radical in the eyes of the elites who are holding democracy captive. We do not believe it is a question of unifying options, or of pulling what is scattered around under the same umbrella. To us, the way to build up numbers entails changing the kind of political approach. It is necessary to modify the perspective rather than solidify it. Left unity is desirable, but attention ought to be focused on a fundamental rupture, one that takes place between the people and the government of thieves. Combining acronyms is not so important, what is necessary is popular overflow in favour of democracy. We need to build a narrative, a story that not only explains who they are, but also what we can come to be. The left cannot navel-gaze and distance itself from plebeian rage by timidly presenting itself as an offer with a limited field of action. It is time to opt for wider dynamics that engulf us socially and ideologically. We must go out to win.

To what extent is this initiative open to different people and collectives who wish to make it their own?

It is an initiative open to the entire population, to everyone who struggles against cuts, to every person who wishes to turn it into a hammer to strike against the corrupt caste of leaders who work for a privileged minority. Elections cannot be an end in themselves, what is most important must be a popular movement that organises itself to recover its sovereignty. Podemos is not a closed answer but an open question, under construction, and its cement can only be people who are organised. Without that it falls like a house of cards. This opening is the main strength, the condition of departure for an initiative that seeks intermingling and meeting up, where it is not necessary that everyone coincides on everything, but on fundamental elements for living a decent life.

How are contributions and popular participation going to be organised?

Podemos set out from the beginning as a call for popular participation, with a requirement of a minimum of 50,000 people showing support in order to get going. Once these are achieved the Podemos Circles (CPs) start to form so that people take up the initiative as their own, not so that they support it as a spectator, but that they build it as something that is theirs. The CPs do not ask anyone for their card, nor do they enter rivalry with other activities in other organisations, collectives or parties, that would entail falling into the same logic that prioritises a particular affiliation over popular unity. The CPs have complete autonomy to organise themselves in relation to the problems that affect them in their sector or territory, by seeking to widen the margins for inclusion in defence of democracy and popular sovereignty. They are nodes that must share the pain of the crisis and the desire to improve their life. If it turns out that there will be standing for election, both the lists and the programme will be elaborated collectively by prioritising the contributions, arguments and decisions of the citizens. But this is under construction, we will have to innovate.

Some of the criticisms that the initiative has received have to do with the speed of the process, with its top down construction, or its presentation in the Euroepan elections. What can you tell us regarding that?

There are moments known as ‘windows of political opportunity’, as can be the case with elections or a crisis faced by the elites themselves, which open up the political space to approaches that previously had the road blocked off. In a consumerist society mediated by the commodity, at times it is elections that are the only events where the population engages in more discussion regarding public affairs, between channel-flipping and the shopping centre. With this said, the European elections are important, but what is more important is that people get organised and their power confronts the Troika diktat. Those processes that accumulate strength from below and then afterwards, when the point arrives, jump into elections with every guarantee, can wind up forever in the same state of accumulation that does not always translate into votes, or can simply need many decades to take shape. This is not the case with us. Those of us who have formulated the Podemos question think that in the emergency of our times, an irruption from another point can equally help to generate a collective response and connect with broad sectors of the population, unblocking our difficulties in reaching them. It is essential to count upon this strength that is already organised, but it is equally crucial to speak to that part of the population that is not, but is fed up nonetheless.

As we were saying before, the content has not been put together and there will be a lot to talk about and propose, in a debate with the citizens, but obviously there are certain outlines that serve as a skeleton for the rest: democracy and popular sovereignty, defence and renewal of social rights and public services, participative method, new model of production, access to both employment and socially produced wealth.

Have you used any similar processes of social articulation as a reference point? In the Spanish state there are territories where there have already been processes of popular unity that have resulted in concrete political tools that are capable of creating excitement and generating social majorities or at least the acceptance of wide layers of the population, I’m talking about the CUP in Catalonia or above all the Basque left, but also recent movements in Galicia and Andalucia? Do you foresee possible processes of confluence with the left of the peoples?

Obviously one of the wellsprings that have allowed these left forces to grow and bond together has been the national question, which is one of the two main fractures of the regime of 78, together with the social question. In our case it is necessary to counter the idea that patriotism is compatible with being a tax evader or with privatising collective rights. The CUP without doubt, because they are well known now, but their journey started out a long time ago, they are the ones who have burst onto the electoral map as a force that places emphasis on democracy alongside the national and the social question and obviously they have been soaked in the tonic opened up by the mobilisations that the 15-M began. The Procés Constituient is equally a force that has been able to interpret and converge with the unsatisfied demands of the population. In response to the second question, Podemos is an initiative open to everyone who is faced with cuts and seeks more democracy. In this sense, it is for the lefts of the peoples as well as for other forces, an initiative that extends a hand to them and invites them to make it their own.

After the presentation there has been a chain reaction throughout the political map, especially in Madrid. What is your assessment of the popular reaction after the meeting in the Lavapiés theatre?

The response from people has obviously overwhelmed us and that was something to be desired, because before launching it no-one was sure how people were going to react. The Podemos Circles keep on shooting up, the response in the meetings and the excitement it is awakening among people is the best incentive to work hard and keep going. No doubt about it, it is an ideal scenario for finding out if Podemos can help break the limits that prevent us from extending and interpreting the popular feeling of disgust with the caste of spivs and the dictatorship of debt.

Do you have weapons of mass destruction?

As Evaristo from La Polla Records said, we have a secret weapon: our brain, which is always stronger and more intelligent the more people that make it up.