It’s a commonplace among reactionaries and conservatives of different stripes to make the claim that we live in a ‘sick’ society.

It also happens, in the case of the Republic of Ireland, to be objectively true, within the framework imposed by the EU-IMF troika.

Maybe you’re aware of the medico-biological language that justifies a lot of economic policies: ‘we don’t want to kill the patient’; ‘we need to front-load the treatment’; the ‘lifeblood’ of economic activity, and so on and so forth.

If your physician told you, sternly looking up at your x-ray, that there appeared to be a liquidity trap appearing on your lung, you might get worried. But the language of medicine is habitually deployed in economic policy discourse as a means of lending both an air of scientificity and an air of moral righteousness to the endeavours of the economist. 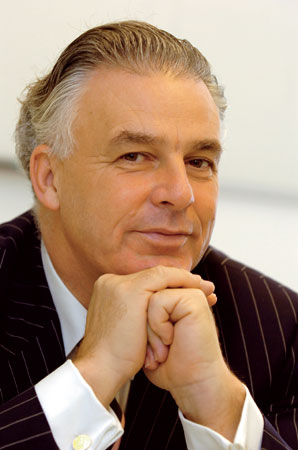 I am not a moralist, Peter Bacon the conceptual artist behind NAMA once claimed on RTE TV. But economic decisions have moral consequences.

Well, they do, that is, when, as a human being possessed of powers of empathy and compassion, you are able to perceive them.

Psychopaths and automatons are not able to evaluate moral consequences, or even perceive them as such. But psychopaths may use moral language as a manipulative strategy. And automatons may use it because they have no powers of questioning one way or the other. They just do it because that is what they do.

Are the bureaucrats and banking lobby servants that comprise the EU-IMF troika psychopaths or automatons? Or are they just sick? Consider the following paragraph:

Programme implementation remains strong.  The front-loaded fiscal consolidation is on track, with the 2011 deficit significantly below the programme targets. The Irish authorities have continued to advance wide-ranging reforms to restore the health of the financial system so it can support Ireland’s recovery. Reforms to enhance competitiveness and support growth and job creation are moving forward.

Or, people of Ireland must be killed so Ireland can recover, because Ireland is sick.

Or, people of Ireland are parasites on Ireland.

Or, Ireland is its banks.

I came across a short piece from Juan Carlos Monedero the other day where he used the word ‘asesinato’ (murder) in a way that was initially jarring to me because we tend to think of murder in terms of an established legal framework.

But what if that legal framework is the primary instrument used to kill people deliberately? Is that not murder too?

And can you not murder –and be an accessory to murder- with words too? By slashing people’s lives to bits whilst hiding behind a figurative surgeon’s mask and talking about State police forces, prisons and bureaucracies of harassment –the main tools for implementing your desired course of action- as though they were your trusty scalpel for healing?

The other day I read a report on health service cuts in the Irish Times. It started like this.

UP TO 600 public nursing home beds are to close, more acute hospital beds will shut and there will be cuts to community, mental health and disability services under the Health Service Executive’s service plan for the year, which was published yesterday.

The headline above read:

The people will escape intact.

Until the troika says we have to kill them.

Here is a translation:

2 responses to “The Nation’s Health”