This is from Carlos Martínez García, political scientist and associate member of ATTAC Spain on European attitudes, specifically Spanish attitudes, towards recent political developments in Latin America. The position on Venezuela described here is scarcely any more favourable in Ireland, where, with no left-leaning national newspaper of any prominence, the dominant picture of Hugo Chávez is that of a dictator: a recent Irish Times leader column described Chávez as a ‘regional pariah’, which will come as news to the many millions of Latin Americans who watched the inauguration of the CELAC, the new association of Latin American and Caribbean states. There is so much that the peoples of EU periphery states, including and perhaps especially Ireland, can learn from the recent history of the peoples of Latin America, in terms of popular mobilisations, debt repudiation, and animating visions for social transformation and democracy.

Why are the evil ones those who confront the Empire?

The cultural triumph of neoliberalism –in my opinion- when it can be seen most clearly, in Europe in general and in Spain in particular, is when people who call themselves progressives look askance in deep mistrust and even antipathy at the processes of revolution or change in Latin America. 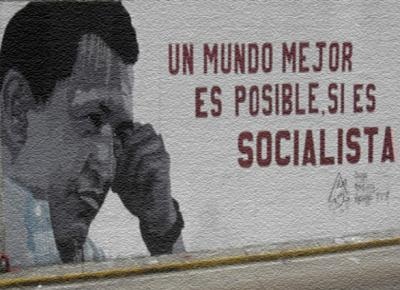 The amount of racism on display on too many occasions, goes along with the colonisation of minds on the part of the PRISA big brother in the Spanish State, connected of course with imperial terminals, but also through the ‘impartial’ TVE. The fact that one of the main owners of PRISA is a Mexican multimillionare –a multimillionaire of the tortured and downtrodden Mexico, the country of tremendously impoverished popular classes and narco-business- is very much a symptom.

I am not a fool and I know that like any human project, the democratic, social and anti-neoliberal processes of Latin America have political problems and they are not perfect, and in some cases, they are manifestly improvable. But, by whom? By we who are right now incapable in Europe of articulating a successful resistance to neoliberalism and the great collective mugging in which we are all victims? The problems at any rate have to be solved by them, and that is what they are doing. 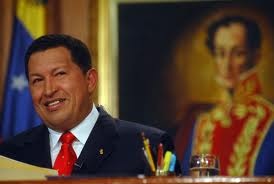 Some people believe that Hugo Chávez –for example- is a dictator, when he has won a load of elections, a recall referendum, and when he lost another on constitutional reforms, he recognised it immediately. What lessons can be given from a continent that has recently blessed two coups d’etat by the dictatorship of the markets, in Greece and Italy, and has institutionalised them, without great difficulty. 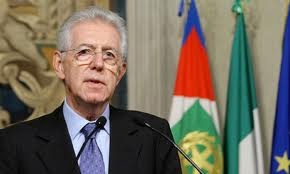 Nor for that matter, from a kingdom –yes, that medieval form of state- from a kingdom, I insist, in which the Constitution has just been modified, without citizen consultation –surely in violation of the same Constitution- something that did happen with the Venezuelan reform for example. Here the dictatorship of the markets imposes rules that tie states down and parliamentary majorities are submissive towards bankers, the Trilateral Commission, the Bilderberg Club, or the IMF, or the European Central Bank, and we dare to judge what is democracy and what is not? 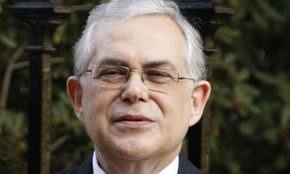 A little bit of humility, and values, and above all, a little more bravery to confront the dictatorship of the markets.

When one sees and perceives, smells, from these countries, Latin countries let us not forget – latino-indigenous –they are our people and not the anglo-saxons- the confrontation with imperialism and one observes its tragic footprint, one understands many things. Anglo-North American rule, after the Spanish empire, just as Eduardo Galeano very accurately describes in The Open Veins of Latin America, has left a trail of misery and large scale robbery of its raw materials, as well as selfish, miserable and racist criollo oligarchies that base their fortunes on making sure that these countries do not have their own productive systems but only extractive systems, and in this way, the United States and Europe unload their industrial products, which they import through their contacts in Miami or London.

The Latin American republics are generating a local industry that at times surprises on account of its power and quality, local financial institutions, with public and inter-regional banks, and there are trading actively with China, their main customer now, Russia, Iran, as well as African countries, other Asian states, and above all, among themselves. They have nationalised the greater share of their oil production, and it is for all this that the empire now threatens. But the difference is that here, the threat is palpable, you notice it. What does the Empire and America’s submissive Europe want: its markets, its oil and its money, yes, its money, since nearly all of them possess reserves. The processes of change have generated a greater welfare for those peoples that are reducing their poverty with great success, something that the oligarchies that support PRISA, the Partido Popular and the other European socio-liberals never did. Well then, these peoples that are starting to obtain purchasing power, which is being lost by the popular classes in Europe and the United States, are now the target of their old rulers. 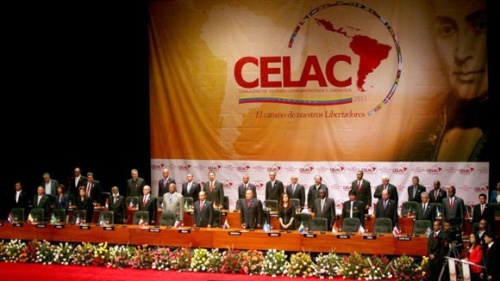 This is why they subsidise the oligarchies, their parties and their media. By the way PRISA has many economic interests in the entire continent. At the same time they carry out costly image campaigns against not only Cuba, Bolivia or Venezuela, but also Ecuador, Argentina, and even in a more moderate form against Uruguay, Brazil or Peru.

Lies are told about the supposed disputes and divisions among the different Latin American lefts, and the deep friendship that unites Hugo Chávez, Lula and Cristina Fernández, for example, is hushed up. Or, the profoundly Americanist and socialistic discourse of Pepe Múgica is hushed up, and that furthermore and thanks to him, of late the Bank of the South is going to relaunch its activities with greater strength. 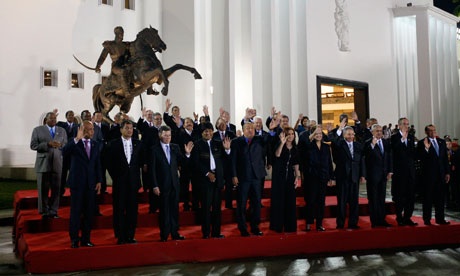 These democratic regimes are not perfect, however, for certain purists of the European gauche divine, who by the way are incapable of organising anything effective against the neoliberalism of the EU and their own governments. But the Empire is threatening them and not Belgium, for example. What is more, those of the ALBA, form part of the “axis of evil”. What unites all progressives of this continent are three things:

First of all their anti-imperialist position, which is more or less clear. They do not allow themselves to be intimidated and they all know about the European ruin and the crisis of the North.

Secondly they battle the economic crisis, these progressives, by promoting social policies that redistribute incomes and develop internal and regional markets. They see what Europe does and do the opposite.

Thirdly they have recovered the pride of being Latin Americans and in their countries, but above all their great common country (Patria) Latin America, which is why in an unprecedented event they are creating their own structures of the South in which the United States and Canada do not figure but in which –worthy of note- Cuba does, such as the CELAC, among others.

In Venezuela they are building decisively and at times fitfully, but what is being built is what for example European social democracy gave up on after the seventies. There are major investments in state healthcare and education. But moreover a potent productive agro-industrial and petro-chemical sector is being built, which the public sector previously lacked. As they say here, made in socialism. 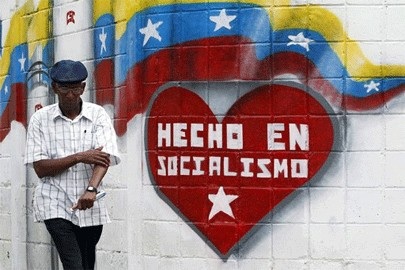 All this drives me to propose that in the Kingdom of Spain, where we are suffering these days the same thing that gave rise to the Bolivarian Revolution, we have to raise a civic, unified, democratic, social and profoundly anti-neoliberal movement that unites all the victims of the system and of the crisis. A constituent movement of all the peoples of the Spanish state, and to recover the social and republican patriotism that the Second Republic lit up. We have a patriotic tradition, with figures like Azaña, Pablo Iglesias, 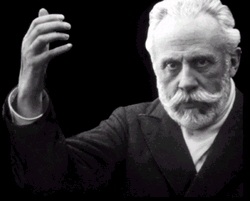 Joaquín Maurin, Joan Peiro, Angel Pestaña, Victoria Kent, as well as Lorca, Alberti or Antonio Machado among many others, from which to drink.

3 responses to “Made In Socialism”